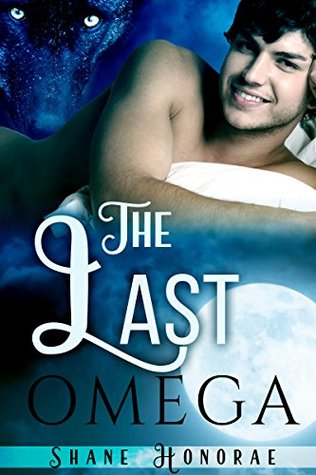 The Last Omega: (Mpreg shifter romance) (The Night Pack #2) by Shane Honorae 4*
BLURB: When the orphan boy Asher loves like a little brother is outed as a werewolf, Asher abandons their human colony to find him a pack.
Humans aren’t welcome among werewolves, but it soon becomes clear Asher is something more: A hidden Omega when the pack is in desperate need of one to bear their young.
As the pack’s lone wolf-witch, Alpha wolf Sage, uses magic to keep the pack hidden and safe from humans and the dark Terrors that haunts the night. The new found Omega should belong to the Alpha, but everything about Asher makes Sage want to break the rules and challenge their pack leader for the right to mate.
He's not the only one. The dark forces that split the world apart also seek the pack’s last Omega, and they’re willing to go through Sage to get him.
But pregnant or not, Asher is no ordinary Omega: He has powers of his own.

My Review. I seem to be on an Omega kick, but at least the books have such different worlds I can't mix up whose it is I'm reading. In this case this is the second in the series but can be read as a standalone (although I have to be honest about it, I did read The Winter Omega: (The Last Omega Prologue) before this one). I liked the world building with it's dystopian setting and the idea of the Terrors and loved the explaination of what the Terrors are. The relationship between the MCs was well written and I liked both of them too. I am hoping that there will be a future book written about the young orphan boy that sets Asher on his journey, as I really loved his character and would love to find out what kind of adult he becomes. So the only thing left to say is that Shane Honorae is going to be on my 'watch this author for good books' list.
Posted by felinewyvern at 8:28 pm