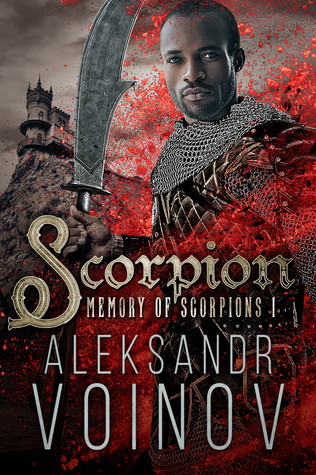 Scorpion (Memory of Scorpions #1) by Aleksandr Voinov DNF
BLURB:You learn your wisest lessons from your enemies. Assuming, of course, you survive the encounter.
Kendras is a casualty of war: injured, penniless, and quite possibly the last surviving member of the only family he's ever known—the elite fighting force known as the Scorpions. When a steel-eyed stranger offers him medicine and shelter in exchange for submission and a secret task, Kendras has no choice but to accept. He is a Scorpion; he’ll do whatever it takes to survive.
But his true goal is to rebuild the Scorpions. Neither Steel’s possessive nature nor Kendras’s shattered foot can keep him from finding the last of his brothers... or the mysterious leader of the Scorpions, a man who held Kendras’s heart long before Steel tried to take it for himself. The goal is simple, the situation anything but. To rescue his leader and escape from Steel for good, Kendras must fight through a morass of politics and intrigue, where enemies are allies and even allies have hidden agendas.

My Review: I received a copy in exchange for an honest review. I really thought I'd enjoy this book as it had many of the things I like, military, fantasy worlds, action, and intrigue. However I just couldn't get into it at all. Now this is no reflection on the writing as that was excellent and from the little I did read it also had great world -building and well developed characters. I think it was either I wasn't in the mood for it because of the Sci-fi military audiobook I am currently listening to or because I wasn't in the mood for such a gritty story. I will be giving this one a chance later and maybe I will actually manage to finish it next time. Meanwhile I suggest you give it a try or at least read the reviews on Goodread before giving it a miss.
Posted by felinewyvern at 6:55 pm