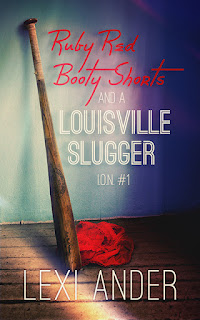 BLURB: Eager to escape the shadows of a tragic loss, Diego built a new life with his best friend, Beck. When he finally decided one night to admit that he's in love with Beck, that new life takes a new, hot and happy turn. But happiness is easily shattered, as he's learned all too well, and this time it's ruined by the arrival of a mysterious package and the arrival of men bent on violence.
Memories of a dead brother and an untouchable drug lord rise inevitably to the surface, and Diego dreads that the man he loves is mired in the world that Diego tried to escape. But Beck's secrets aren't so simple, and neither is the world in which Diego has been living…

My Review: I received a copy from the publisher in exchange for an honest review. This is a second edition which, according to the publisher, "has been reworked and significantly expanded."
I really enjoyed this book, which surprised me as there wasn't much romance in it but there was an awful lot of reality. Don't get me wrong, I don't mean it's a documentary type thing but, more that the story felt so real and as true to life as I imagine it can be, given the nature of the story. I don't want to give away spoilers for those who haven't read it yet (nor spoil anything new for those who read the first edition) but I will say this - that title sums up Diego very well!! If you like Lexi's works or you like a story with action, a touch of BDSM and sexy underwear, all mixed up in the underworld of drugs and evil doers that is wrapped up in well written characters and topped with the cherry on top of a taste of the paranormal, then go and read this second edition of the book. It has all that and more.
Personally, I have always loved every book I've read by Lexi and I can't wait to add this new series to my collection.
OH yeah, before I forget you still have two days to enter Lexi's book tour here and try to win a $10 GC.
Posted by felinewyvern at 7:11 pm