Series: The Dragon's Hoard, Book One

When Prince Leon disappears, his people turn to the dragons for help. Nyle is the unlucky dragon tasked with finding Leon, a duty he dreads as it forces him into the confounding human world and far away from his collection of pretties. Locating a missing prince should be a simple matter, but if Nyle has learned anything about humans since being forced among them, it’s that they needlessly complicate everything. When he finally locates the errant prince, however, what Nyle finds is a treasure worth all the complications—and worth protecting at any cost.

Nyle walked through the crowded bazaar with an eye on his coin purse. He had heard stories of humans who stole such things and did not wish to be the first of his kind to experience such ill luck.

He also kept an eye on the crowds. He doubted he would locate his quarry on his first foray into the human market, but there were clues he could find by simply being aware.

For example, the way the fishmonger in the corner stall blatantly gripped his meat cleaver as a group of ragged children exited an alleyway and dispersed into the bustle was probably a good indicator. Nyle would keep an eye on those children—they might have something to do with the disappearances of purses—but the man at the fish stall might have some interesting information. Nyle decided to head there first.

Someone jostled Nyle on their way toward a dour woman selling ribbons and beads across the way. He grimaced and held back a growl. They were humans, creatures clearly not versed in the niceties of society, and while their ignorance didn’t excuse them, it did allow Nyle to rationalize not taking the oafs who rudely bumped him to task. He had a job, and giving in to the urge to roar and breathe flames was not conducive to completing his task.

Nyle was dressed like a human. A loose pair of pants and a shirt that laced up the front comprised his costume, and if the fabric was of a tighter weave than the rest of the local class of humans, at least he looked the part.

“I’m searching for a young man,” Nyle said when he reached the wooden stall covered in fish. The fishmonger had known which children to watch. Perhaps he would also know Nyle’s target.

“Yeah?” the man asked. “Well, I haven’t seen any men around today.” He looked straight at Nyle, a male and only one of dozens who frequented the market, as he spoke.

Nyle guessed that was what humans called digging for incentives. His own kind didn’t much care for the art of blackmail.

Nyle reached into his carefully guarded purse and brought out two uncut copper coins, each enough to buy a small fish. He flashed the coins at the man and leaned forward.

“A tall man with very long black hair and blue eyes,” Nyle said as he pressed one coin to the wood surface of the stall.

The coin vanished into a gut-stained hand. “I seen him two days ago,” the man replied, eyes fixed greedily on the coin Nyle still held. “Not since then.”

Nyle set the second coin on the stall, but kept a finger on it. “Any idea where he could have gone? Or who else I could ask?”

The man tensed and kept his gaze fixed on the second coin as if he knew not to look into Nyle’s gold-colored eyes. Nyle slowly dragged the coin away from the man.

“The red-light district,” the man gasped out as if forced, his eyes stuck on the shiny coin. “You ask round there.”

Nyle released the coin, and the copper flashed in the late-morning sun. The fish man’s eyes remained riveted for another second before he shook himself free of the compulsion. The second coin vanished as quickly as the first, and the man looked up and caught Nyle’s eyes.

A mistake, but Nyle would use the fish man’s ignorance to his advantage.

“That boy ain’t right,” the man slurred, caught in the golden shine that filled the eyes of all Nyle’s kind. “Wild,” he continued, spilling everything he knew to the sheen in Nyle’s eyes, “as if a beast were trying to break free and fly away.”

Nyle blinked and looked away as the man sagged behind his booth. Nyle wasn’t feeling in top form either now. Catching someone with his eyes was more effective than using copper, but it cost him so much more magic. Nyle decided to return home for some rest before heading to the red-light district. Besides, he had heard humans preferred the nighttime for such activities.

Nyle didn’t really understand humans, but he was still young and would learn all there was to know eventually. 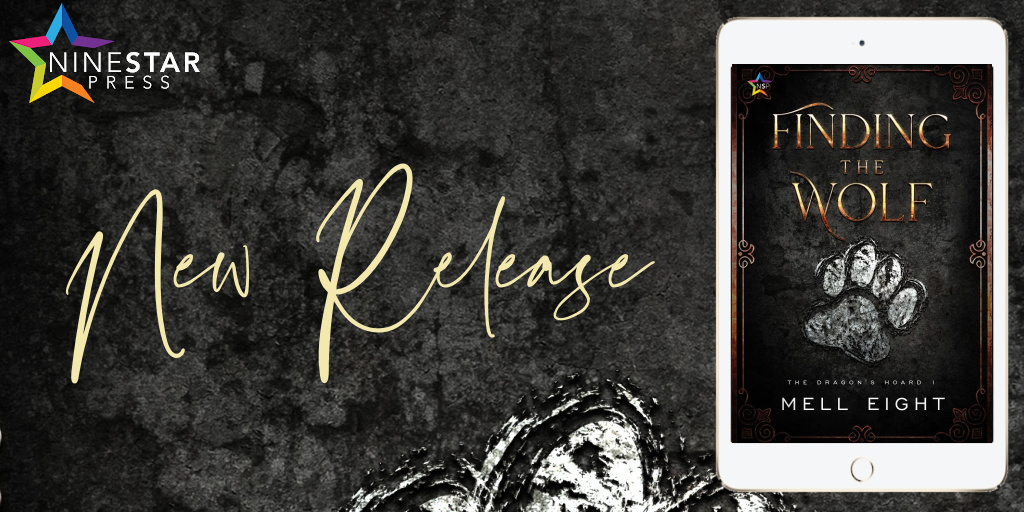 When Mell Eight was in high school, she discovered dragons. Beautiful, wondrous creatures that took her on epic adventures both to faraway lands and on journeys of the heart. Mell wanted to create dragons of her own, so she put pen to paper. Mell Eight is now known for her own soaring dragons, as well as for other wonderful characters dancing across the pages of her books. While she mostly writes paranormal or fantasy stories, she has been seen exploring the real world once or twice.

Posted by felinewyvern at 7:00 am No comments:

Pre-release Review of Finding The Wolf by Mell Eight 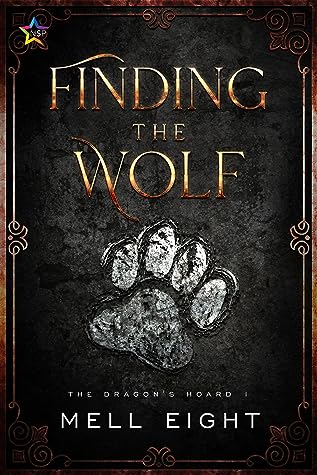 Finding the Wolf (The Dragon's Hoard #1) by Mell Eight 3*
BLURB: When Prince Leon disappears and his people are unable to find him, they turn to the dragons for help. Nyle is the unlucky dragon tasked with finding the missing prince, a duty he dreads as it forces him into the confounding human world and away from his collection of pretties.
Locating a missing prince should be a simple matter, but if Nyle has learned anything about humans since being forced out among them it's that they needlessly complicate everything. When he finally locates the errant prince, however, what Nyle finds is a treasure worth all the complications—worth protecting at all costs.
My Review: I received a copy in exchange for an honest review.  Mell Eight's style of writing tends towards the fantasy/fairy tale style and this one was very much of that style with a charming storyline and not much angst. It made for an enjoyable quick read and as with her other books I look forward to reading more from this world.
n.b. This book is due out on14th June 2021
Posted by felinewyvern at 8:59 pm No comments: