Having been involved in the release blast/tour for this book I decided I should read it. So here is my honest thoughts on the book. 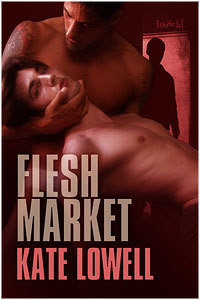 BLURB: Special Agent Leo Gale is up a creek. A year and a half of deep cover is about to go up in flames. He needs help – something, someone to salvage the operation and save the lives of untold numbers of trafficked teenagers.
But he wasn’t expecting the partner they sent, or his own gut-punch of a response to the man.
Julian worked hard for that FBI Honors Internship. It was supposed to be a foot in the door. He’d never expected it to catapult him into the middle of a major undercover operation. Yet here he is, sleeping on a filthy mattress and using every trick in the book to avoid torture--and worse. He’s never felt so scared, or so alive, in his entire life, and he’s not sure if it’s the danger, or Leo, that’s making his heart race.
There’s no time to think about it, though. The operation is heating up, and Leo and Julian are running out of time and options. As choices become more difficult, they must find a way to take the traffickers down, or risk becoming just another set of organs for sale.

My Review: I believe you need an open mind and a strong stomach to read this book. That said I can't wait to read the next two books if they continue the story of Leo and Julian. One thing I really admired about this book is that the relationship is followed over a number of years instead of squashed into weeks. The crime aspect was cleverly portrayed and I found it believable but that might be because I rarely read crime stories. If this is an example of one, full of action and scary as hell, then I might just have to diversify my reading habits :D
Posted by felinewyvern at 10:00 am